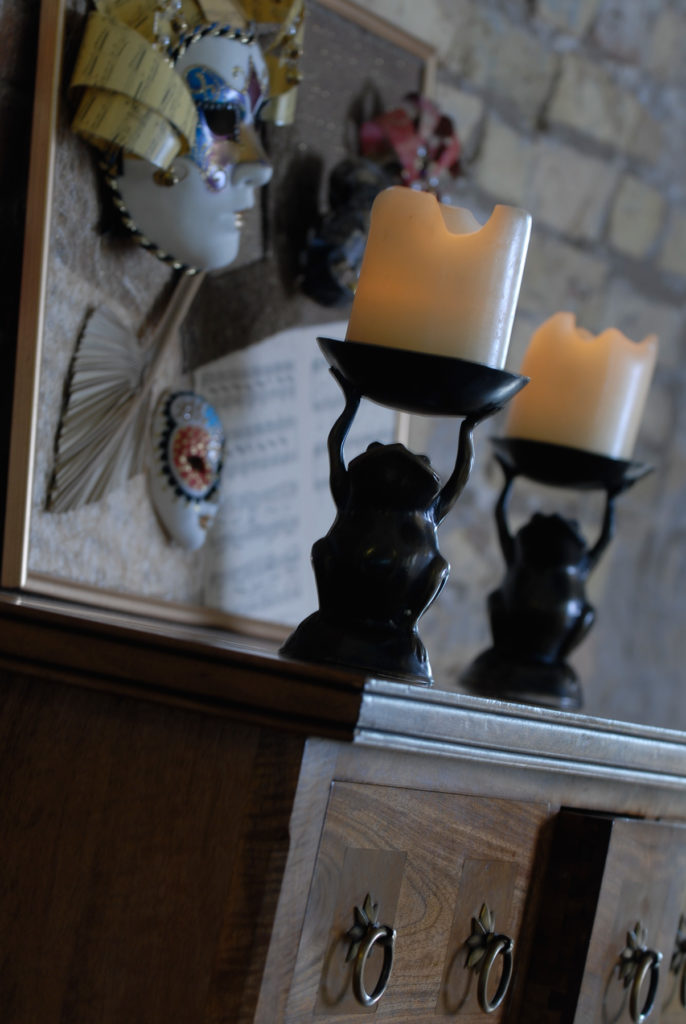 A small apartment in an old house in the very center of Kiev, despite its neglected condition, was immediately attracted by its some special energy. When the wallpaper was removed from one of the walls, it became clear where its source is. The brickwork of four historical periods was discovered: pre-revolutionary, revolutionary, pre-war and post-war. On the wall it was possible to “read” the arch that once served as a passage from the street to the courtyard, which then decreased to the front door opening and finally turned into a small niche in the apartment – to the house was made an extension. The hand did not rise to such wealth to plaster, paint or sew it up. The brick was cleaned and left as it is, shaded with a dark monochrome parquet floor, light modern plaster on the adjacent walls and top lighting. 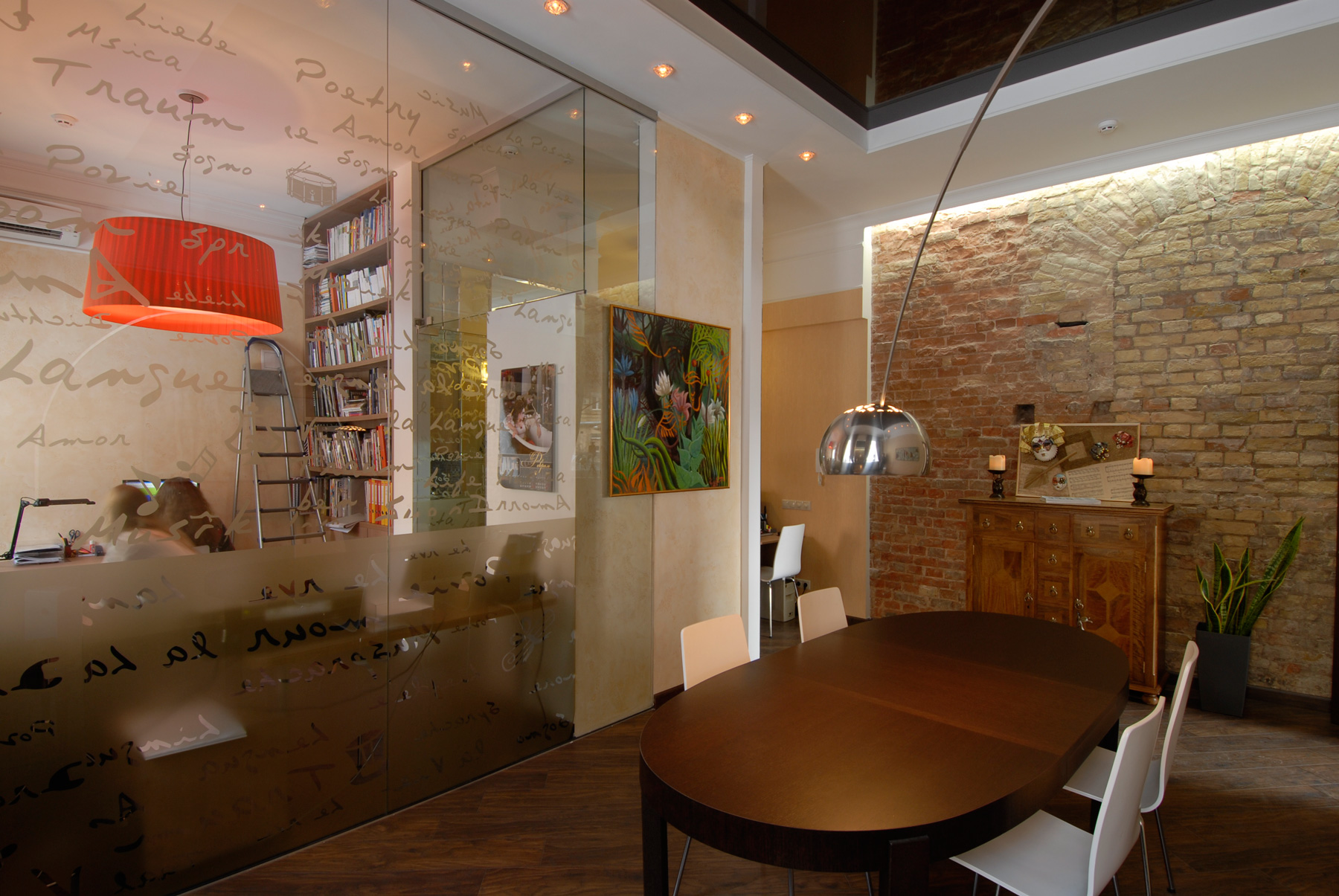 About three years and five disrupted real estate transactions took architect Olga Kondratska to find a place for her studio. The effort was rewarded in full. 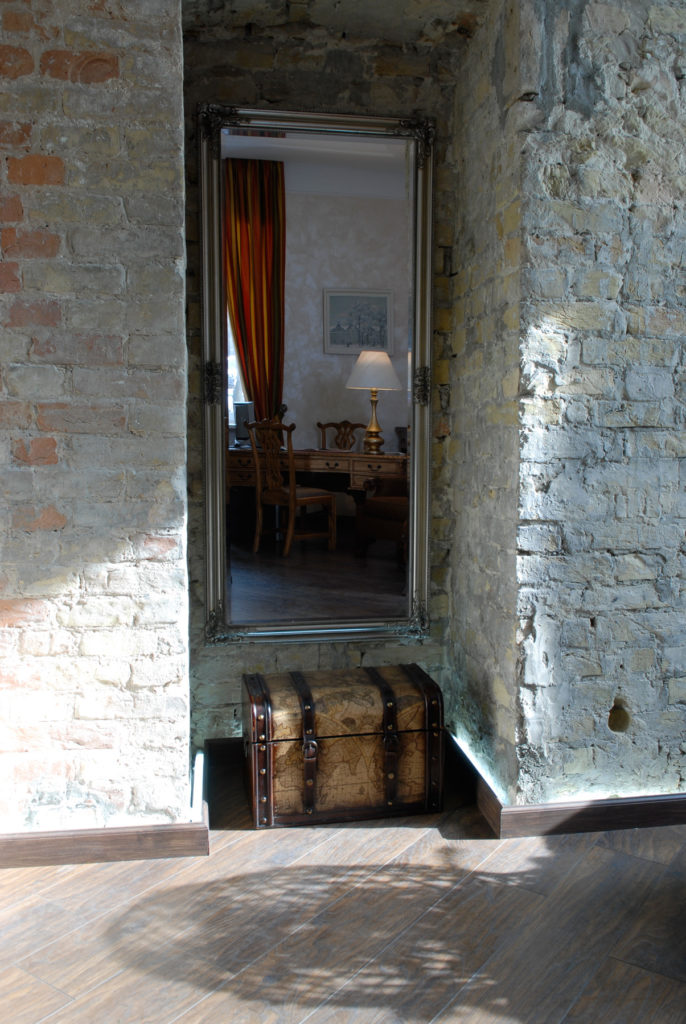 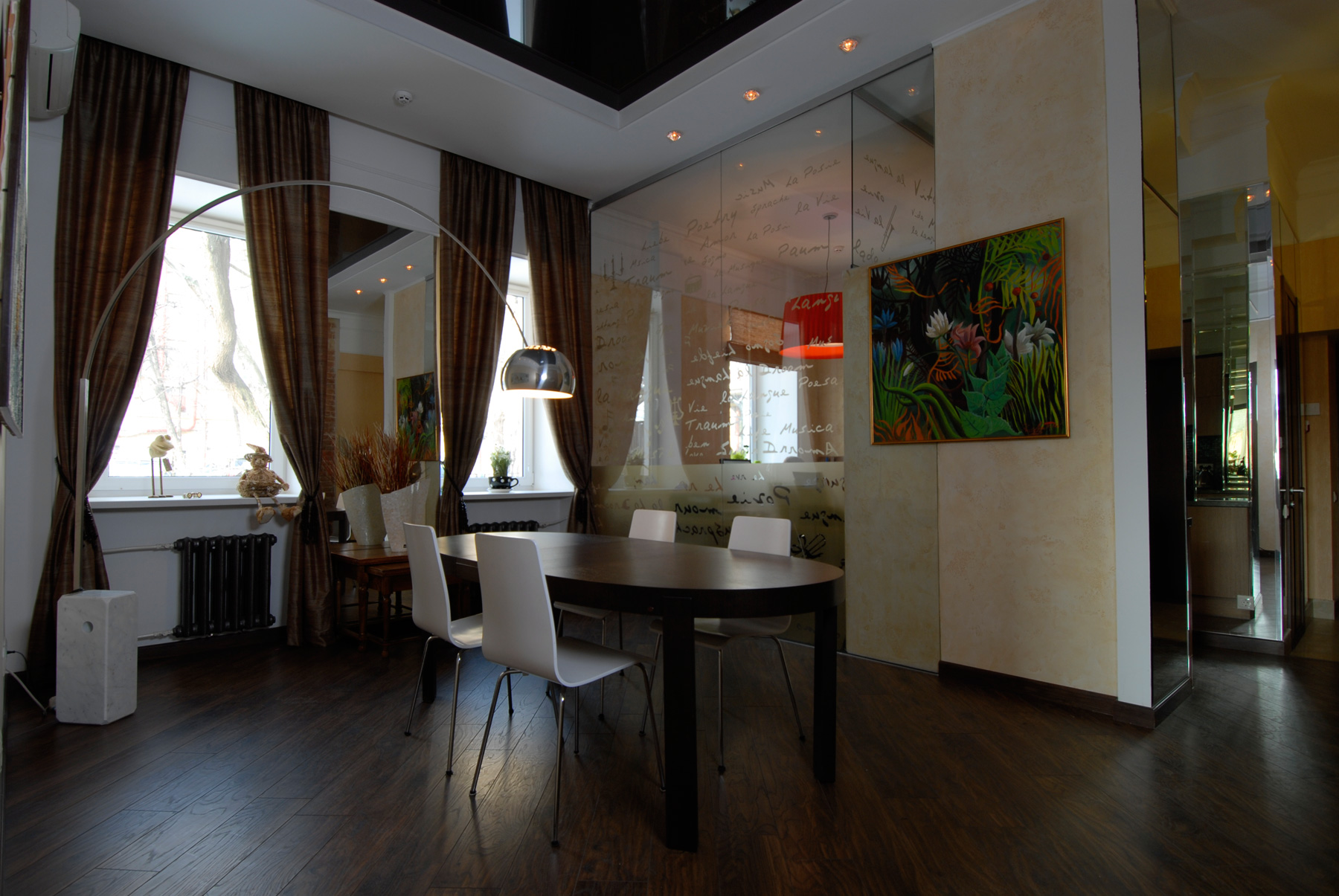