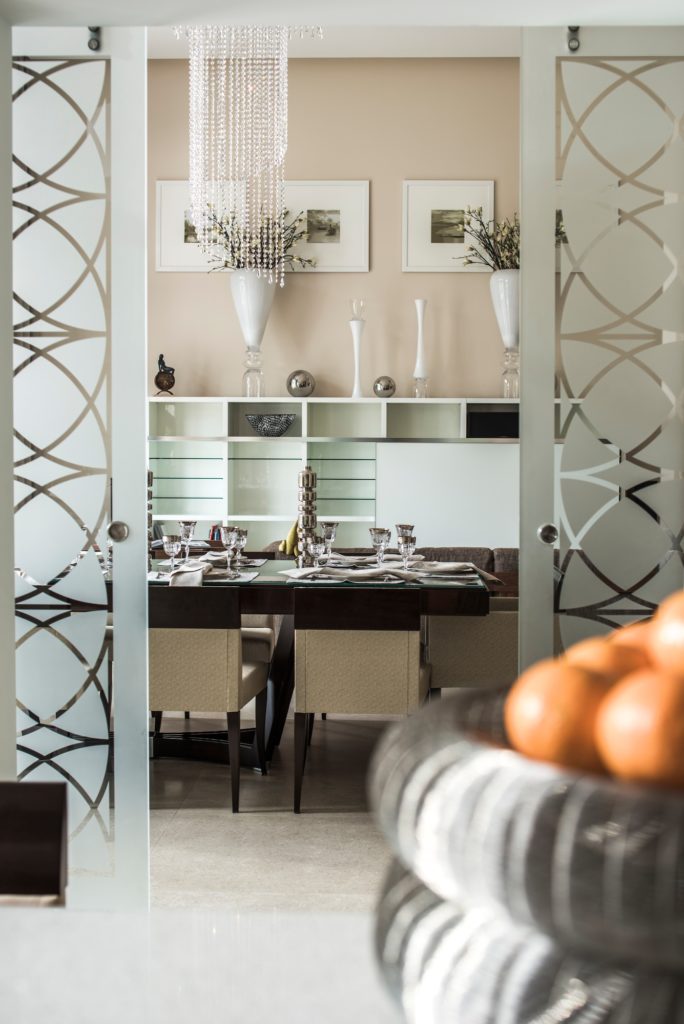 According to the law of the fortress
The principles of serf construction were characteristic of the Middle Ages. The ditches filled with water, meter thick walls and awesome loopholes are irrelevant methods today. In their place came innovative technologies, means of modern protection, capable of providing housing autonomy, maximum safety and comfort.

Such a task – to build a modern house in a minimalist style, which will be completely independent in the energy sense – was set before the architect Olga Kondratskaya. The project from an engineering point of view is not easy. He demanded from the developer not only the calculation of the pile field, the installation of solar panels, but also the application of the latest developments in obtaining thermal energy. Construction took about two years, and in 2014 it was finally completed. The architectural composition of the whole, without excesses, one-story brick building consists of two wings, the link between which is the living room. In one wing there are four bedrooms, in the other – a SPA-zone with a mosaic pool, gym, sauna and massage salon. A separate entrance to the kitchen leads through the garage. The house is located in the city, but has a view of the forest, so it seemed logical to choose exactly the inner side of the facade for panoramic windows. From the front side, the house is as closed as possible from the city bustle. In the decoration of the facade were used plaster and natural slate. 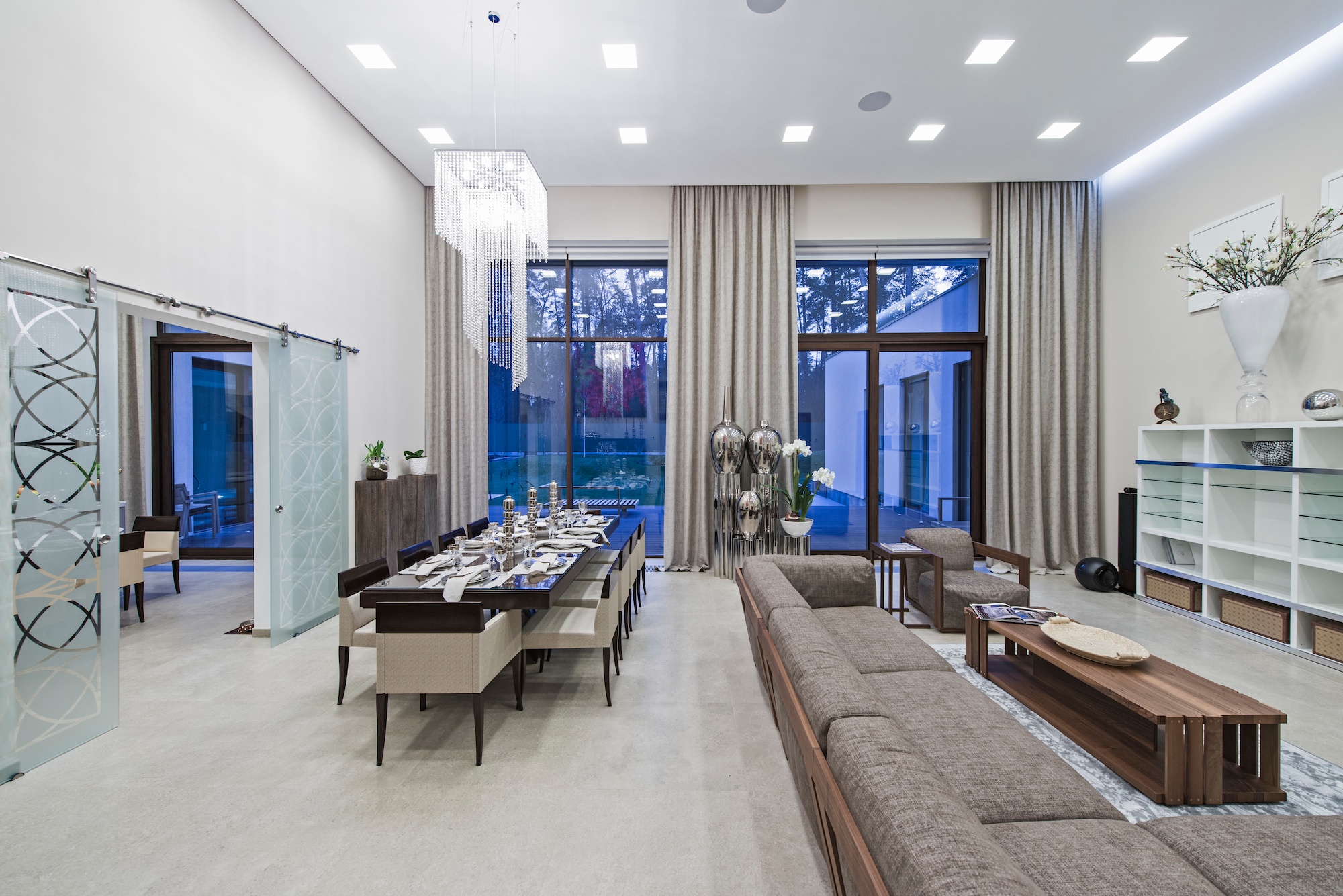 I was pleased to work on this project. In the process, all members of the customer's family participated - and they coordinated, and chose everything harmoniously. Immediately felt the unity of the spirit, the worldview of these people, how much they love each other. The house turned out the same - whole and filled with love. By architecture was the idea to create a fortress. After all, it is from time immemorial the goal of any state, city, family. And since the family is young, their views are progressive - everyone is tuned to modern technology and comfort. Olga Kondratskaya Architect and project designer. 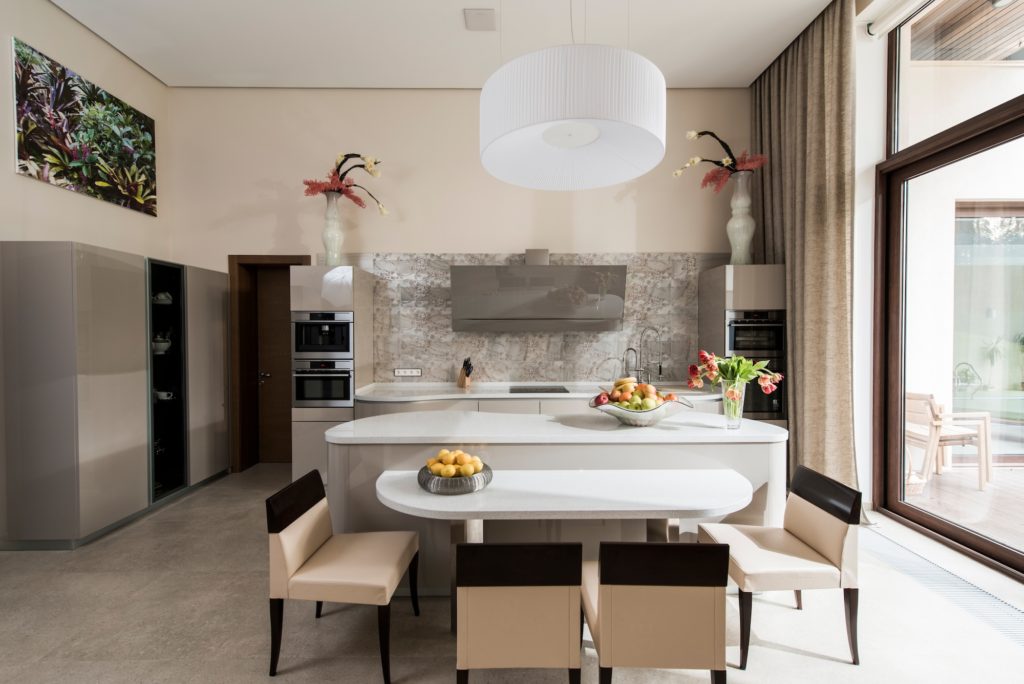 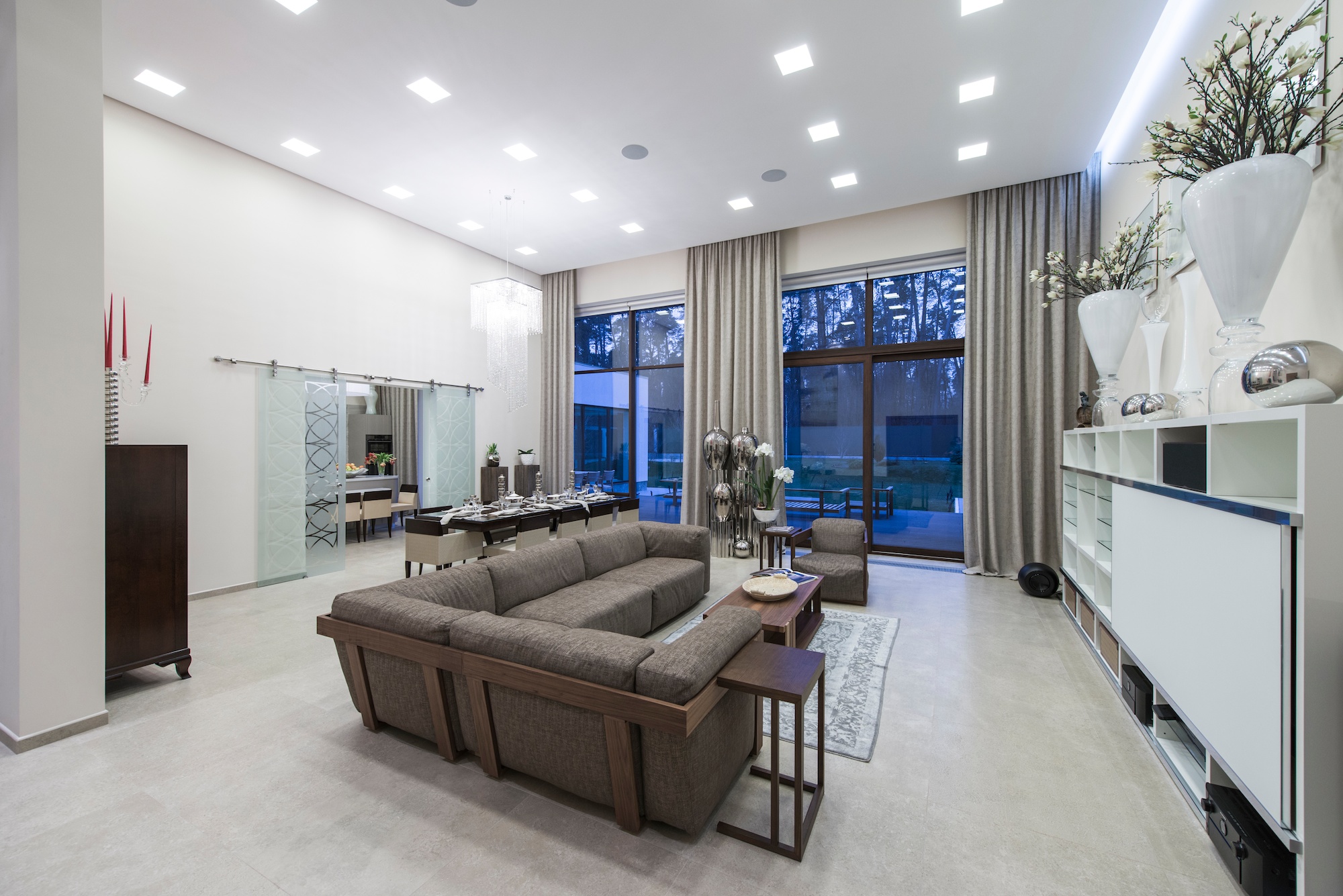 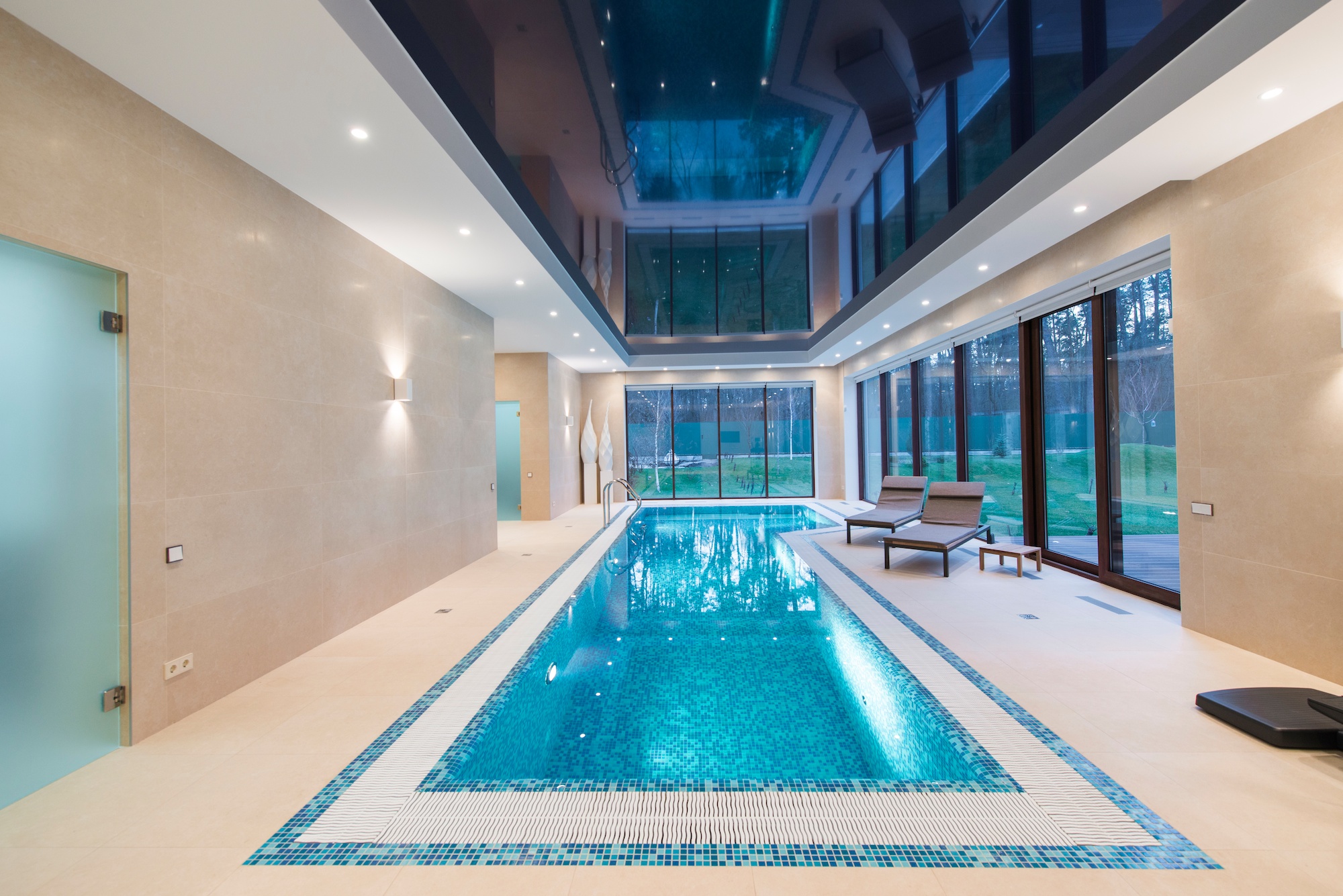